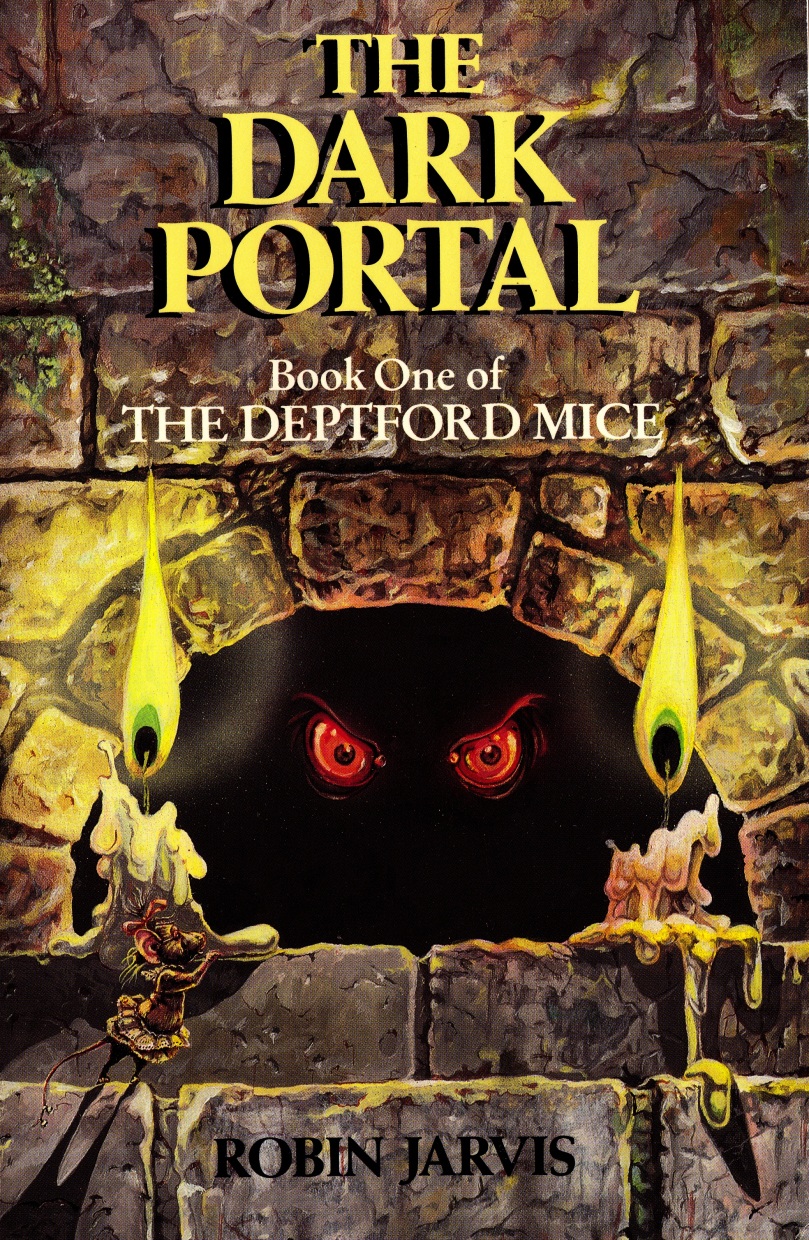 ‘Be it great or small, tall and dangerous, meek and futile?’

Aufwader’s Thoughts: Possibly one of the most well-known of Mr Jarvis’ inventions is the mousebrass. These humble circles of shining metal – based on the horse brasses of rural 19th Century England – each bear a different motif that matches the wearer’s personality and life path. The symbol moulded into one’s mousebrass is as significant to the Deptford Mice as the Hogwarts Houses to the pupils of magic in the Harry Potter books, or the colour of one’s district in William Nicholson’s Wind on Fire Trilogy. Like many ‘sorting’ conventions in fantasy, when all is said and done it is not the prescribed symbol, house, or district which truly matters; but the ways in which the characters confirm or defy the role they are assigned.

As well as meeting our heroine and being introduced to the Skirtings community, in this chapter we also get our first glimpse of the wonderfully inventive esotericism which is Robin’s trademark. The manifestation of the Green Mouse is skilfully set up by having Arthur’s mousebrass ceremony be reassuringly ordinary. He goes in ahead of Audrey through the paper streamers and painted props of the Chambers of Winter and Summer, and receives his brass in the same manner as every other mouse before him.

This in turn makes Audrey’s experience all the more alarming and awe-inspiring. The scene where she passes through the Chamber of Winter is, to me, one of the most chilling in the entire novel, and is a clever bit of foreshadowing to certain events in The Final Reckoning. Even for the mice of the Skirtings in their cosy abandoned house, the powers of nature are something to be feared and revered; the Midwinter Death is still a threat, but the Green Mouse is just as real and tangible. Faced with her destiny in the form of the brass He offers her, Audrey gives a hero’s protest. ‘On my life I dare not take it’, she says, but of course in the end she does, and now she must confirm or defy accordingly.

Matt’s Thoughts: If you’re like me, you might have rushed through this chapter so you can get to the action, but I would almost recommend reading it slowly, because, really, this is the closest thing that we get to a ‘nice’ chapter in this book. At the risk of sounding like Lemony Snicket, it’s all going to get more miserable from here onward.

For me, this is the equivalent of the opening of The Lord of the Rings, where Tolkien sets up his idyllic hobbit community. (However, Mr Jarvis mercifully spares us a 10-page prologue describing the Deptford Mice and their tobacco preferences.) It’s simultaneously completely new  – the Green Mouse, mousebrasses, the Chambers of Summer and Winter are all phenomenal fictional inventions – but at the same time it immediately feels like ancient English community and paganism. (There’s something to be said for living in a country where so many strands of mythology have been passed down over the years!)

And, finally, Robin introduces three more characters who all become memorable as the series goes on: Audrey, who increasingly reminds me of my wife and daughter. (The latter of whom at age three already had ‘I don’t want to talk about it’ as part of her vocabulary.) Twit, who I love more and more for his spirit of kindness.

And Oswald. In an American cartoon, I feel like he would be one of those clumsy, less-than-bright characters that are inserted for gags, but Robin characterises him much more as an over-anxious out-of-place sort of person. Which I could completely relate to growing up.

Anyway, I won’t spoil anything, but one of the best things about The Deptford Mice is watching the arc all three go through, not just in this book, but over the course of the trilogy.

One thought on “The Dark Portal | Chapter 2”