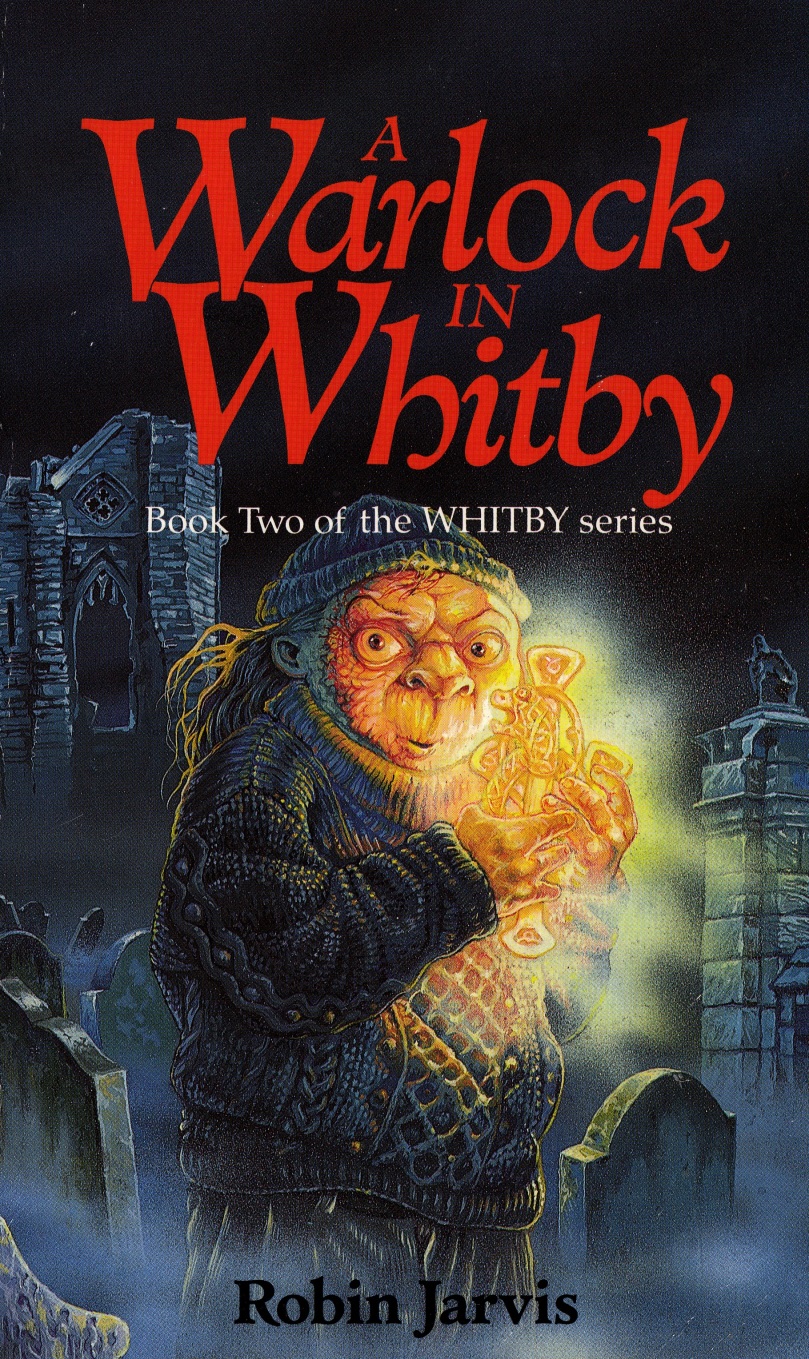 Aufwader’s Thoughts:  This finale has absolutely everything. There are the kind of huge set-pieces and magical ballyhoo we have come to expect, as well as lots of lightning, lots of things being set on fire, and lots of absolutely spiffy character moments. My two favourites are definitely Nelda testing the weight of one of Miss Boston’s good vases with a view to lobbing it at Nathaniel’s head, and Miss Boston herself swirling her cloak about her shoulders and uttering that immortal line, ‘The time has come’, before striding to meet her nemesis on the storm-lashed cliff above Whitby. Go forth and conquer, Alice!

Aside from the finale of The Final Reckoning and those of each of the Histories books, this has to be one of the endings I enjoy rereading the most. When I read this final chapter to write up this post, I was still swept into the drama and epic horror of the rising of Morgawrus. I still cheered for Miss Boston and worried for Ben and Jennet, and I may have grinned a satisfied grin when Nathaniel crumbled like a stick of Whitby rock.

For all I remembered this finale more vividly than Matt, I was still surprised and pleased to find that Morgawrus had a few lines and a bit of personality, even if he only has a slither-on part. He is not the only enormous serpent demon we will meet in the course of this project, and he does get, er, overshadowed, further down the line, but he’s certainly an imposing specimen. Personally, I’m inclined to make happy cooing noises at him as one would to a fluffy little puppy or kitten, but I acknowledge that the rest of you probably don’t share my starry-eyed joy at the thought of a titanic, serpentine fiend from the dawn of time arising from the depths to resume its role as scourge of all living things.

In any case, with the epilogue that greets us after that monumental show-down, it looks as if we’re in for quite a bit of hell and high water in The Whitby Child. What will become of Ben and Jennet, with their beloved Aunt Alice unable to protect them? And what terrible fate awaits Nelda in the months ahead?

Matt’s Thoughts: And how’s that for a finale? There’s a giant serpent that lives under Whitby and if you let it out – it will trash the place. No wonder they love Robin Jarvis in Whitby. Who wouldn’t like the idea that there is a giant creature sleeping under your city that could destroy it at any moment? You’d never look at the cliffs the same ever again.

It’s also probably the most epic serpent/dragon myth (at least as far size is concerned!) in the Jarvis universe, so all those hints about Hilda fighting off serpents, serpents carved into the arms of the Triad throne – all of these become a sort of epic foreshadowing leading up to this finale.

And then Miss Boston appears! Saved from a werewolf by a drunken butler armed with a port bottle, no less. (A nicely comic ending for what was otherwise a rather terrifying villainess.)

One thing I did notice reading it this time which I’d never noticed before was that the way Alice activates the final guardian is to call on the power of several forces – the Church, the Moon and the Lords of the Deep. This might actually explain why, in the previous Whitby book, we were wondering why the Mother Superior and Miss Boston seemed to have such respect for each other. Did they sense, in a way, that their powers were meant to combine to keep Whitby safe?

This sort of mythology of what might be behind different beliefs is explored a bit more fully in the new Witching Legacy series, so I’m sure we’ll get around to that next year.

Finally, poor old Miss Boston and the state she’s left in at the end of the book! I was privately sharing with Aufwader when we were writing the posts for this book that my memory was really rusty on what happened in these final two Whitby books. I remembered the showdown with Morgawrus, but for some reason thought that something as epic as a showdown with a giant serpent surely must be the end of Book 3.

But, no, that was the end of Book 2, Miss Boston has had a stroke, and Nelda is pregnant. I now officially cannot for the life of me remember what our heroes get thrown into in Book 3, but it must be huge. Which is definitely making me look forward to getting back into it.

However, that’s in another month from now. Starting in a few days, we’ll all be polishing our best bat and squirrel theories, because it’s the one that everybody (it seems like) has been waiting for: The Oaken Throne.

One thought on “A Warlock in Whitby | Chapter 14”