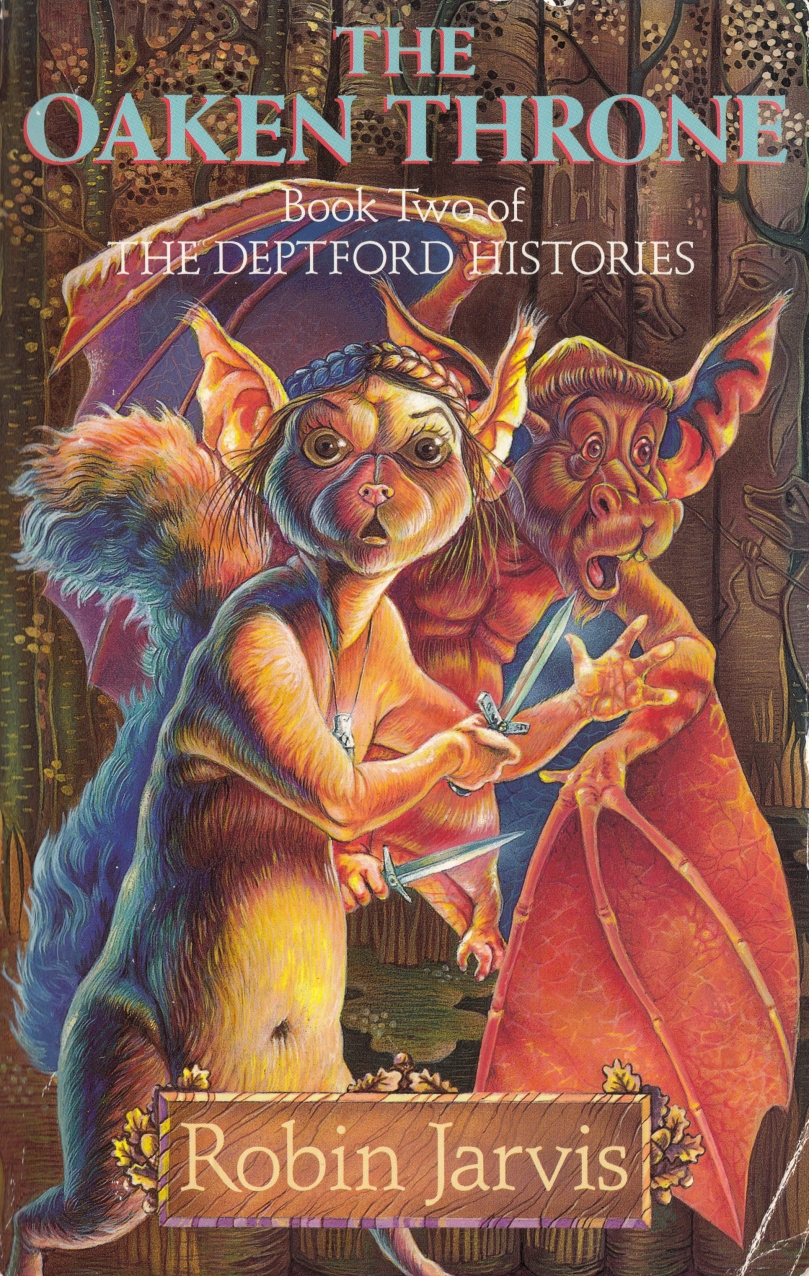 The high priest tittered. ‘Well,’ he taunted, ‘the little runt always did want me to carve him.’

Aufwader’s Thoughts:  Correct me if I’m wrong, but I suspect that this was the chapter in which ol’ Wendy won a few hearts. I admit that even I had a hard time suppressing the gleeful cackles when I first heard that particular reveal on tape, and were I not already spoken for, perhaps the high priest of Hobb might’ve been a passable second choice. He’s certainly well-dressed, I suppose, and maybe one could learn to tolerate his sense of humour.

I am spoken for, however, in matters of both cult and heart, and so I’m pleased to be toasting the happiness of those of you for whom Wendel is top of the list. I am only sorry that you weren’t able to bask in the truth of his identity for more than a few pages. Believe me, I know how that feels, and in the same breath as I offer my congratulations, I must also offer my condolences. Good night, thou wiggly noodle of perfidy and deceit. May flights of demons sing thee to the Pit.

For our less bloodthirsty readers, this chapter has a lot in the way of heartache going on with the loss of Tysle, and Giraldus’ bitter display of woe. In the Deptford Mice Trilogy, both Matt and I commented on how the reactions of the mice to grief and trauma resonated as very human, and the same can be said of Giraldus’ anger and sorrow here.

Ever since we met them in Chapter 6, the leprous mole and his tiny shrew guide were a constant, so much a duo that they were more or less considered a single unit. What I found particularly sad was how Giraldus was moved to reject his faith in the Green, and even to destroy the relics which he had collected on pilgrimage. At least in the end he goes out with his faith renewed, and we can only hope that he found the healing he was searching for in the Green hereafter.

Matt’s Thoughts: Maybe it just caught me on a particularly good train ride home, but I feel like this is possibly one of the strongest chapters Mr Jarvis has written so far. It packed an emotional punch I simply didn’t see coming.

The rage and grief of Giraldus is simply jaw-dropping in its intensity, whether it comes out of a place of gratitude for the role the shrew played in his life – or perhaps something closer again? Whatever the subtext, my heart broke reading it. I can’t believe I forgot this chapter! I know Robin has said on his website that these were the characters that he loved most of all, and I can believe it.

They are a perfect representation of his imperfect heroes – they don’t fit the mold of characters we’d expect to see much heroic stuff from – and yet is there anything more heroic than Giraldus burrowing through a wall, despite the agony of his leprous claws being ripped away?

There’s also just a sharp spike in the violence of the chapter, which I find quite effective. We have to very quickly hate Wendel and the sheer viciousness of his actions in this chapter certainly did it for me.

Anyway, enough writing – there are carrion birds and Hobbers attacking and Lord Hobb himself digging up from the Underworld! On to the next chapter!

One thought on “The Oaken Throne | Chapter 12”