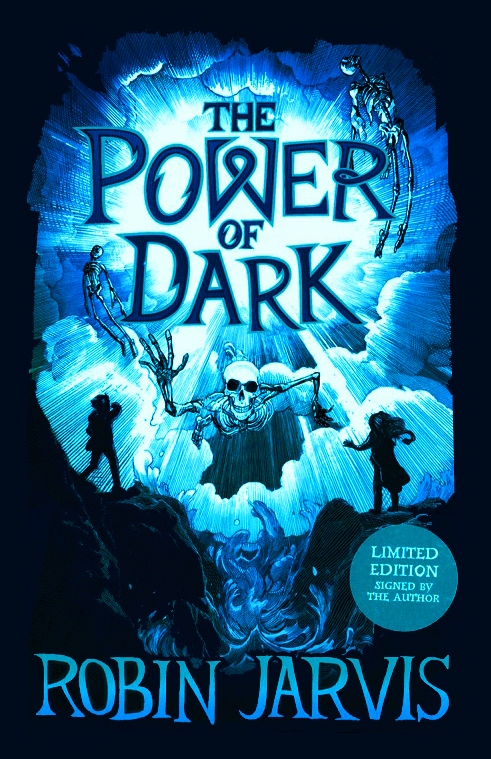 Aufwader’s Thoughts: I think I waited eagerly for the Witching Legacy to begin for about a year before this book actually came out. The first I remember hearing of it was a friend sending me a link to this article the day I came back from my summer holidays in the countryside, and needless to say that was my post-holiday blues out the window. The hype for this title was such that a few of us in the Robiny community at the time signed up to the pre-publication review site Netgalley solely because this book was being offered in advance of print to reviewers. I was duly accepted to read and review (won’t link it here as it’s a little spoilery) and of course The Power of Dark was everything I’d hoped it would be and more.

That out of the way, let’s wade right in.

I’m sure I’m not the only one who, as a Whitby Witches old hand, gets Ben-being-chased-by-the-bullies-and-ending-up-with-a-dead-cat-in-his-face vibes from this first scene. Let’s be real that was probably the whole point, but what’s so clever about it is that even new, innocent readers who have never heard of Robin Jarvis in their lives and have no idea what they are letting themselves in for, will be instantly hooked.

Oh no, there goes our hero with three frizz-haired antagonists in hot pursuit! Oh no, he’s caught now, what will become of him! (‘Chuck ‘im in the sea’ say us bloodthirsty little die-hards, but never mind that.) Then, in the spirit of Jennet before her, our girl Lil steps in, not to thump the bullies, but to use her wits to out-smart them. Lightening of tone ahoy, though this is still the grim n’ grisly Whitby we know and love, as evidenced by the second half of this prologue.

We’ll get to the garishly-patterned delight that is Cherry Cerise in due course, but before that, there’s some plot on the horizon in the form of Zeer the squalbiter. That spiny cousin of the Mallykin may not have the staying power of Nathaniel Crozier’s beloved aufwader-muncher (we only see him once, after all) but he is a wonderful new invention for the modern reader, and an excellent addition to the overall mood of this book, which is a sort of Whitby Then and Now by way of archaic vocabulary and slot machines.

Matt’s Thoughts: I think it’s the moment when Bev pulls out her mobile phone to film Tracy teasing Verne that we realise this is not the same Whitby as the one from the original series. It has its cobblestone streets, its cliffs, its Abbey. But it also has mobile phones, the modern world. It places the book more in a particular time and place, but maybe that’s me being nostalgic for the old days when nobody had mobile phones. (Much as I like my phone.)

But once we get to the scene with Cherry Cerise in the graveyard, we’re back on home territory. Strange creatures from the deep? Angry Lords of the Deep and Dark? (What is it with those guys?) Yeah, this is the alternative Robin Jarvis Whitby that we know, where a deep layer of mythology lies beneath a normal exterior.