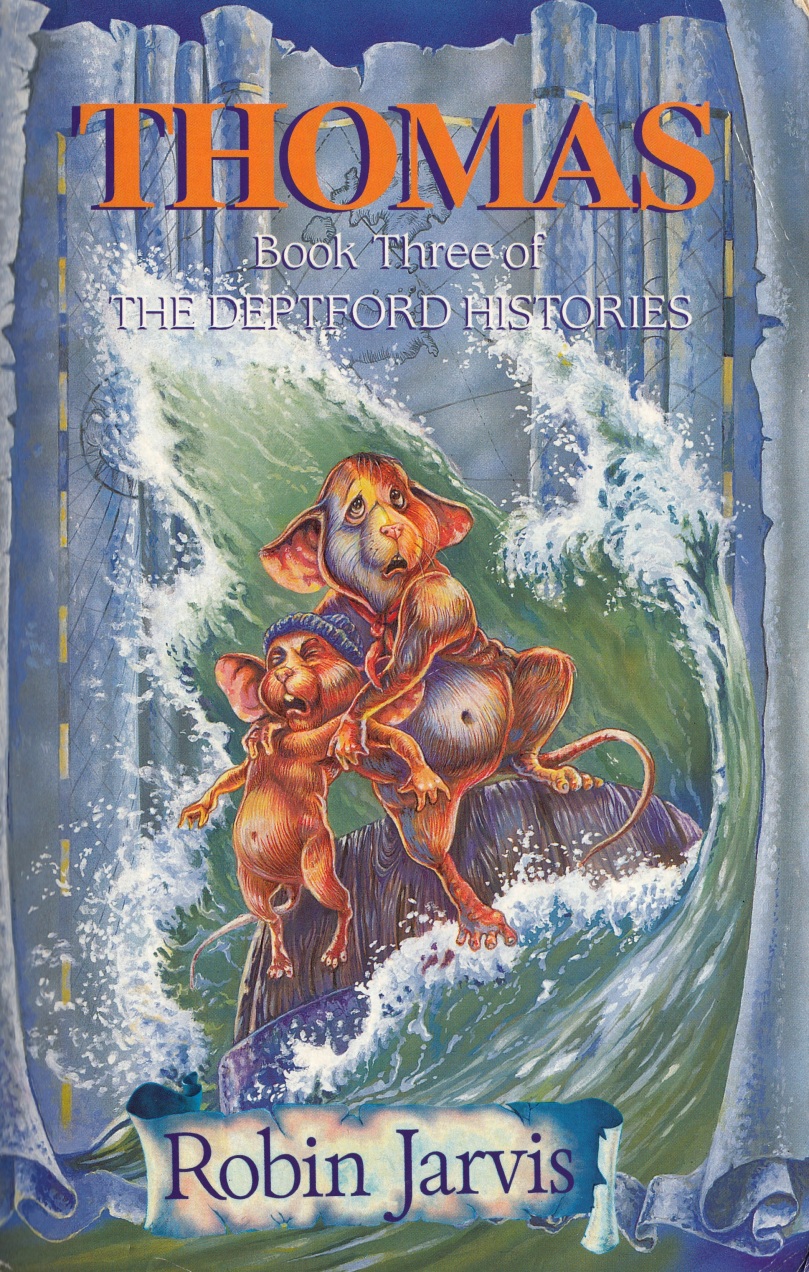 Aufwader’s Thoughts: As The Oaken Throne attests, Mr Jarvis knows his grand and glorious fantasy battles, and he knows how do to them well. To be honest though I feel like the siege of Hara is that much more vicious than the clash of the bats and squirrels (or even bats and squirrels against Hobbers) because even though it was planned by both sides in advance, it feels sudden and brutal. The city’s best warriors are out cold, the stakes are high with not one but two fragments for the taking, and the Sadhu, Hara’s beloved Holy One, has condemned his innocent citizens to cruel and venomous death at the lethal claws of the Scale.

That said, siege of Hara is yet another reason why this is my favourite Robin Jarvis book. We’ve got the thunder and lightning and hammering rain, we’ve got drums in the night (as referenced by Thomas in The Dark Portal), we’ve got the Scale’s glinty, gilded warship named after the many-headed serpent of the Bhāgavata Purāṇ. The High Priest of Sarpedon the Mighty gets to make a characteristically theatrical entrance, our mousey heroes bravely do their best, and Sohban comes out of the Giri home wielding an honest-to-goodness sword. (On that note who else blooming loves Sobhan? What a great character, for all she gets so little page-time.)

Then, as if that weren’t enough to keep us as hypnotised as that hapless sea-snake from Chapter 11, Robin decides to chuck a few crocodiles into the mix and kill off poor Karim! Though I’m inclined to cheer for the Scale in this chapter as in all others, I have to say that Karim’s valiant and tragic demise did hit me quite hard, especially as we get that brief scene beforehand of Chattan telling him, ‘In the Green hereafter may your place be set high,’ in the same tone as funerary rites. Just so, Captain. Just so.

Matt’s Thoughts: Noble sacrifice. Crocodiles. Trusting the wrong person. There’s so much going on at an action level, that we almost miss the birth of Thomas Triton, the fearsome warrior that we’ll see defending the Cutty Sark in The Final Reckoning. Love a good origin story!