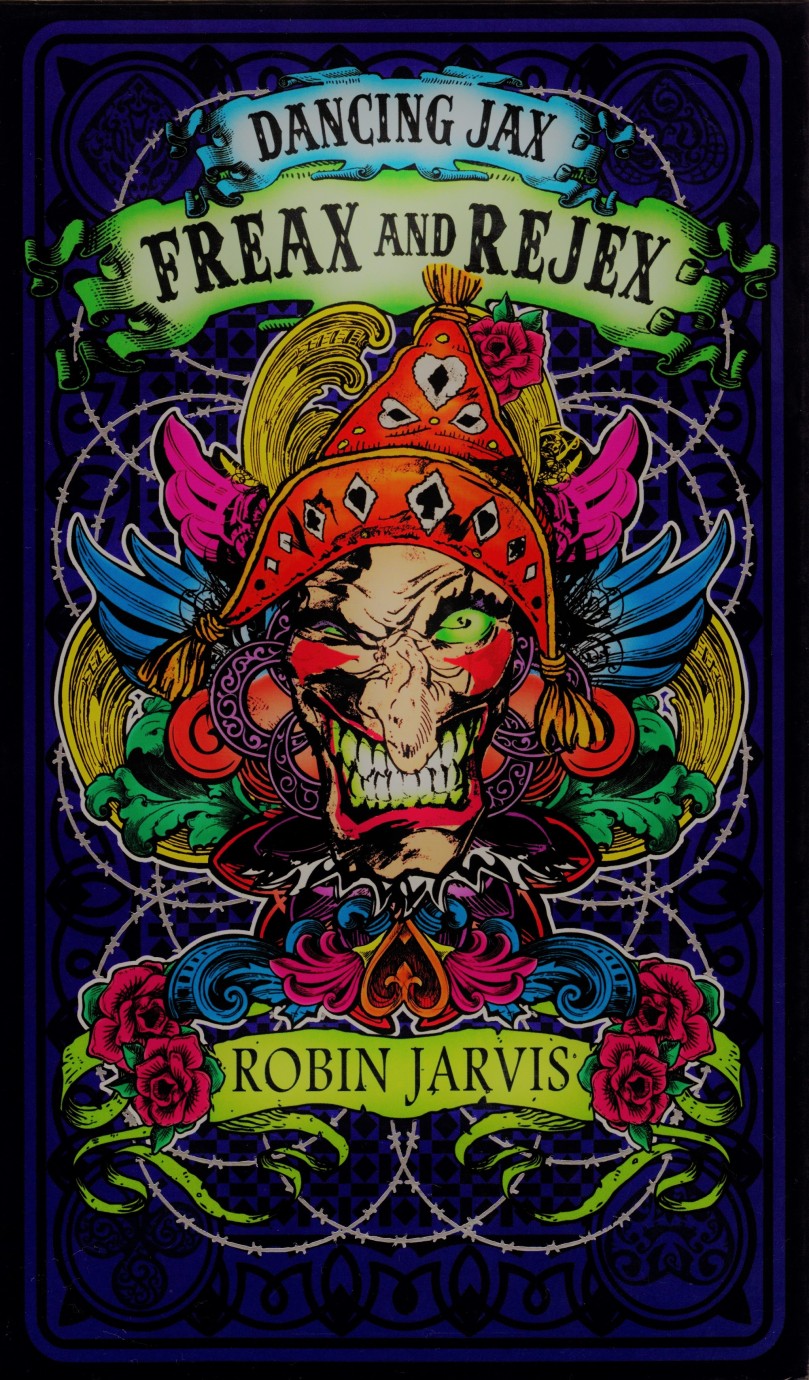 It was a heart-shaped, pink diamanté stud.

Aufwader’s Thoughts: I really hate to think of the horror movies and serial killer documentaries Robin probably had to watch to come up with something as sickening as what happens in this chapter. I have to hope that he got the idea from some slasher film, because the alternative is that he thought it up all on his ownsome, which is both a terrible thought and a very, very good argument for him never being allowed to write for adults. If this is what YA let’s him do, I shudder to think what horrors any potential adult work may hold.

There’s so many layers to unpack, and each one is worse than the last. How the Punchinellos ‘never lost their gleeful enjoyment of sausages’. How Lee wanders around the camp at the start of the chapter, and hopes that Charm is thinking of him ‘wherever she is’. How Jangler, now officially the most hateable character in all Jarvis canon, seems to take some perverse enjoyment from the psychological torture he inflicts. Then, as if all of that weren’t enough to make you lose your lunch, the scene with Jody at the end.

Matt had this particular bit of awfulness revealed to him early, and frankly I’m mildly jealous, because I was totally unprepared and could’ve done with a heads up. Forewarned or not, however, I would still be sworn off sausages for life.

Matt’s Thoughts: Okay, so Mrs Benedict does make a reappearance and I’d completely forgotten. Mainly because this chapter is so dominated by the final pages, which for me – I can’t speak for everyone else – contain the most horrific thing ever to have been put in a book aimed at young people.

I told this story back when we started this blog which I can now tell in full: I was about a third of the way through Freax and Rejex the first time I read it and texted my sister – the only other person I knew who had read it. I think I said something like, ‘This book is full on.’ And she texted back – thinking I’d read the whole thing – ‘I can’t believe they turned that girl into sausages. She was my favourite character!’

It’s okay, my sister and I are friends now.

But it does mean that I will never know what it was like to hit the end of Chapter 25 and get that shock that the main characters had. But despite that, this scene is so well executed in its nastiness, that it still packs a punch, even if you know it’s coming. And it raises questions as well – what about all the other sausages that the Punchinellos have been eating? Are there even adult camps in England? Do we even want to know?

For me, this will always be That Chapter in the Jarvis canon – the darkest place he’s ever taken us.

If there is a way for the kids to break out, we’re all ready for it.